Click Here to Book Your Flight Now!
About Us
Our New Terminal
Airport Authority
Administration
Airport History
About Us

“Since 1929, the Airport has provided business and recreational travelers in Central PA with connections to domestic and international destination. As the Airport Executive Director, I invite you to take advantage of the services and commitment we offer.

The benefits of our airport are many. Since we are a smaller facility, you will receive faster, more personal service, giving you more time to prepare for your trip and less time spent in the car. We offer the amenities of larger airports in an efficient and modern terminal atmosphere. Currently parking at the airport is free of charge, a service the Airport Authority is pleased to offer over our competitors. Most importantly to you, our traveler is that you only have to go through the security checkpoint and check your bags once. Then you are immediately plugged into the national airspace system winging your way to your destination.

Whether you are traveling for business or leisure — again, welcome to Williamsport Regional Airport. We are working to ensure that your airport experience is pleasant and efficient, and we hope you will have an opportunity to explore all that our area has to offer. We look forward to helping you reach your destination.” The new Williamsport Regional Airport terminal has been complete. Stop in any time Monday through Friday, 8AM-5PM, or give us a call to schedule a tour! (570) 368-2444 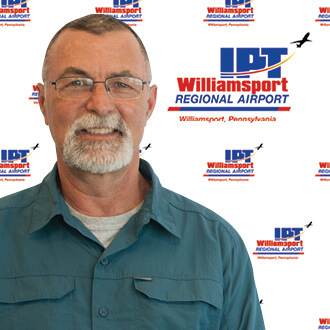 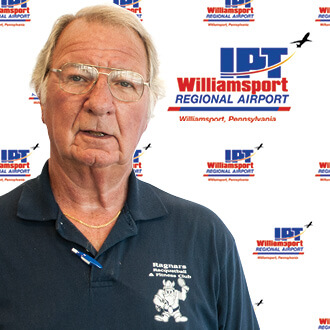 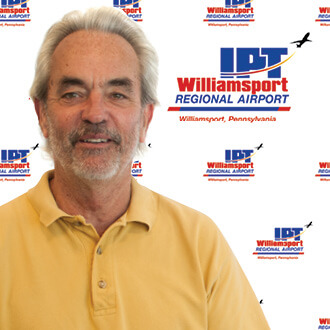 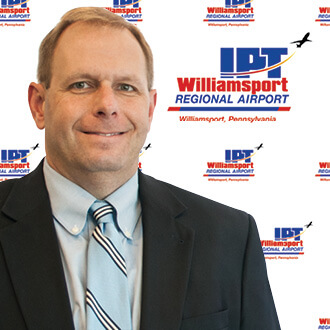 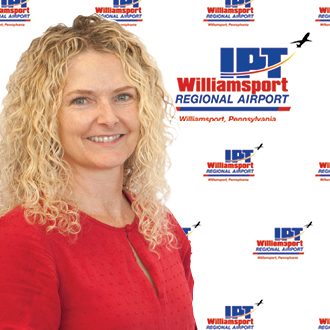 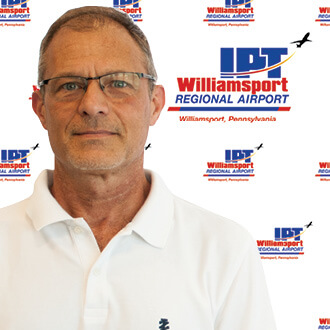 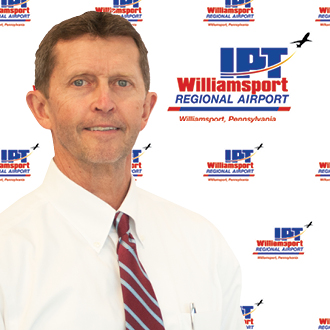 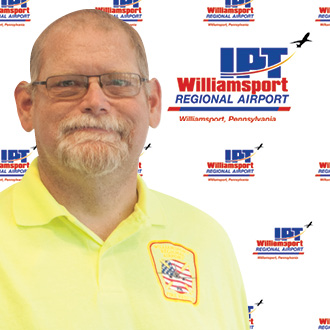 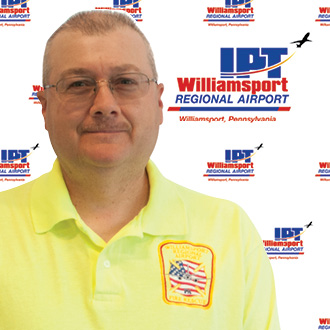 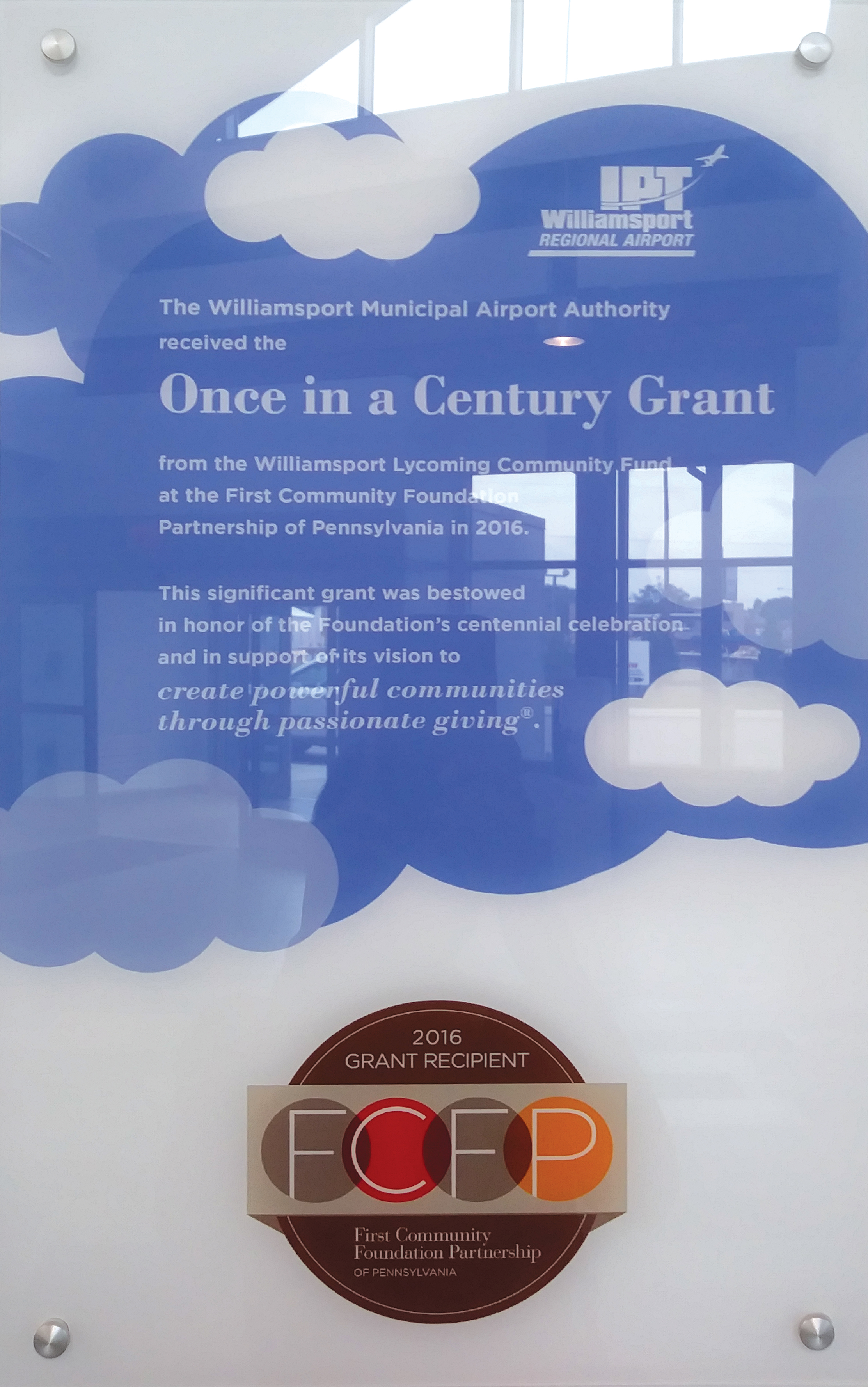 The Williamsport Municipal Airport Authority received the “Once in a Century Grant” from the Williamsport Lycoming Community Fund at the First Community Foundation Partnership of Pennsylvania in 2016. This significant grant was bestowed in honor of the Foundation’s centennial celebration and in support of its vision to create powerful communities through passionate giving®. 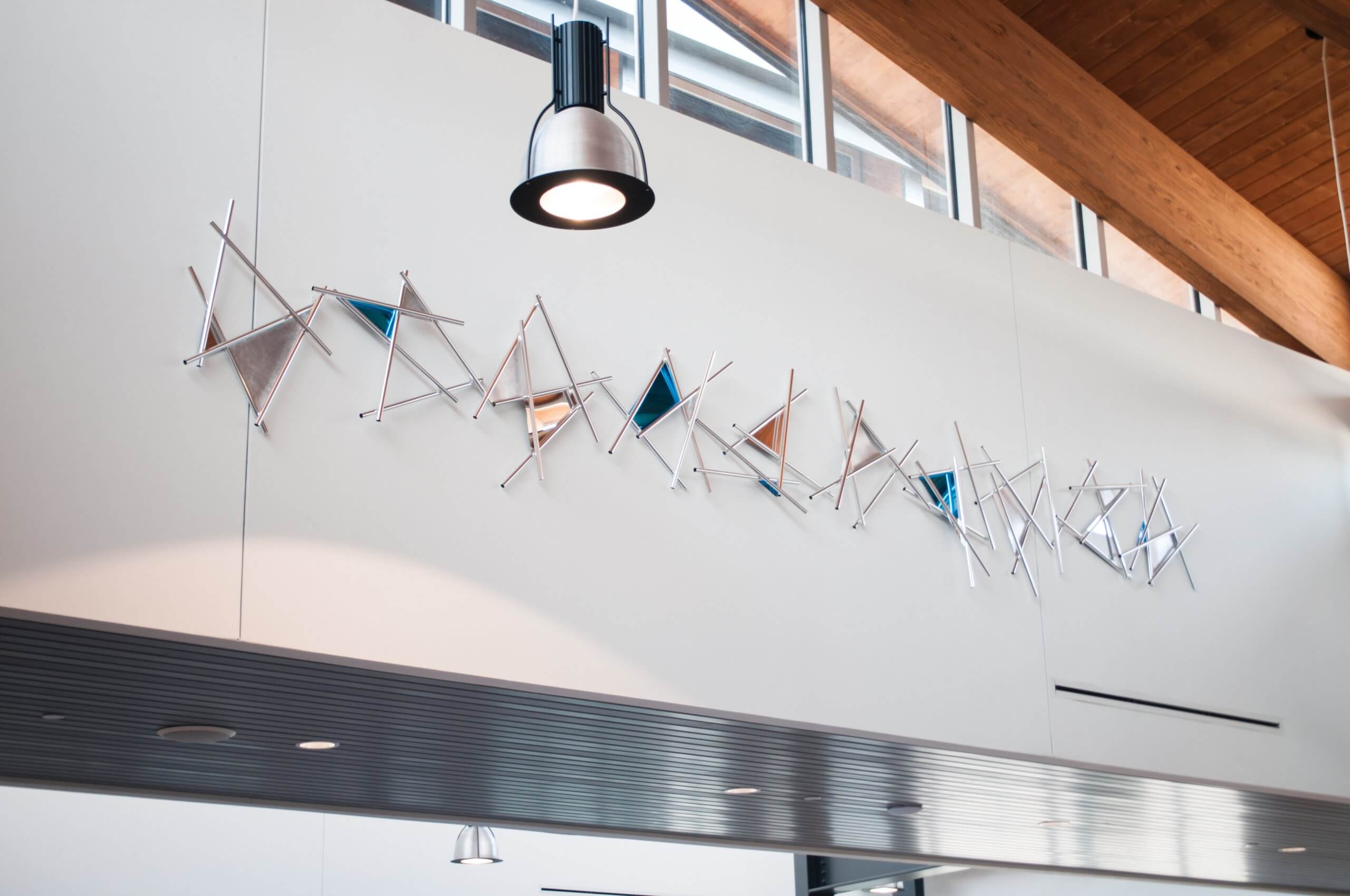 The “Undercurrent” Artwork by Fred Gilmour is 28 inches high by 3 feet long and is fabricated of aluminum tubing, aluminum sheet and Plexiglas Mirror. “The angular and intersecting elements are reminiscent of historic scenes of the logging industry that is so much a part of our local heritage. The brilliant, reflective elements represent the strategic visionary thought necessary to shape and sustain our future.” —  Fred Gilmour

“I’m sorry I’m late,” said Amelia Earhart, “but I flew here to Williamsport from New York to pay my respects to a city which I hear has one of the most modern airports in the East.” So said the famous aviatrix upon her arrival at the dedication of the Williamsport Airport on July 20, 1929.

Miss Earhart, the first woman to fly across the Atlantic Ocean, was one of five trans-Atlantic fliers to attend the dedicatory event which marked the formal opening of the airfield, located in the southern portion of the Montoursville borough. The newspapers of the day estimated the crowd at 30,000 people attending the ceremony, the largest crowd of any type in Lycoming County history.

Less than 20 years after Wilbur and Orville Wright successfully flew the first flight of a powered aircraft and flying machines were still in their infancy of development, a group of area businessmen, all pioneers in their own right, began a campaign to put Lycoming County on the aviation map. To bolster this movement, E. L. Cord, famed chairman of the Lycoming Manufacturing Company, one of the nation’s largest automobile engine manufacturers, announced in the early 1920’s that his company would develop and build engines for airplanes. (Little did Mr. Cord know that nearly 100 years later, Lycoming aircraft engines would be found in nearly every country in the world, respected as the standard for piston aircraft engines).

Property for an airport was an issue in the early 1920’s. It became a choice between a tract of land, made up of the Nolan, Tomb and Eck farms, located south of the Montoursville borough, near the Susquehanna River, or a makeshift landing field owned by the Kenmar Land Company, near what is presently the corner of East Third Street and Northway Road in Loyalsock township.

The daredevil pilots that flew the early airplanes captured the public’s imagination and, as a result, interest in aviation grew steadily in the county throughout the 20’s. Lycoming Manufacturing soon became the Lycoming Aviation Corporation and actively utilized the Montoursville farmland site as a landing field for testing the airplane engines being developed.

While the Loyalsock township field was used by many aircrafts throughout the mid-20’s, the final choice for the proposed permanent airport became the Montoursville site. This 525-acre tract had been purchased from farm owners in the early 1920’s, namely Andrew and John A. Siegel, and Joseph A. Heim. On July 20,1927, the Williamsport Chamber of Commerce, recognizing the enormous economic impact a permanent airport could have on the area, appointed a committee to study the idea. With community support for development of the new airport continuing to grow, the Chamber, local business community and civic clubs formed the Williamsport Aero Club. Within a short time after it was formally organized in 1928, the organization’s membership swelled to 500 people as a result of a campaign directed by it’s first President, Marshall L. Hough and Vice President Guy M. Baldwin. Among the biggest, if not one of the most popular airport crusaders locally was Captain Cleo F. Pineau, a pilot affiliated with Stinson Airplane Company, who learned to fly in 1915. Another local aviation innovator was A. W. Hinaman, who later headed the Hinaman Aircraft Corporation, that brought the first airplane, named “Pride of the Susquehanna,” to be stationed at the airfield. This 220-horsepower plane was built in California by Ryan Airlines and was modeled after the famous “Spirit of St. Louis” that Colonel Charles Lindbergh flew solo across the Atlantic Ocean on May 20-21, 1927. Hinaman started a flying school at the airport and is credited with sponsoring the first commercial flight from Williamsport to New York City.

It was bold men like these, and there were many of them locally, who thrilled the local folk by defying the odds to achieve unrestricted movement in the sky. On the ground, their efforts and those of the business community and government leaders burgeoned into the founding of the Williamsport Airport Company in 1928 to acquire land, build runways and manage an airport.

The ardent aviation supporter John H. McCormick then General Manager of Lycoming Manufacturing, served as the airport company’s first president. With individuals like Heim, the Siegels and Sterling G. McNeese, along with Lycoming Manufacturing and Darling Valve and Manufacturing Company as majority stockholders. The airport company, with help from the Chamber of Commerce and the City of Williamsport, sold hundreds of shares of stock at $100 each until it had raised about $75,000, enough to buy 161 acres of the Tomb, Nolan and Eck family farms south of the Reading Railroad line at Montoursville. Then, in April 1928, with approval from state and federal government officials, the airport company was granted a Charter.

Lycoming Manufacturing built a huge $30,000 hangar on the airport site. And in April of 1929, the first plane powered by a Lycoming engine made successful trial flights here. The black Travel Air biplane was christened “The Lycoming.” The early success of Lycoming’s experiments, especially its first 180-horsepower, 9 cylinder power plant that took just under two years to develop, would lead to significant industrial expansion for not only the company, but all of Lycoming County.